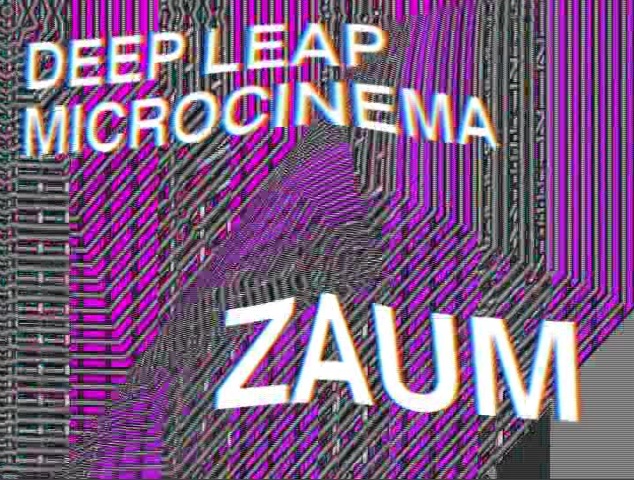 Zaum, termed first by Aleksei Kruchenykh in 1913, can be translated as beyonsense or transreason and can be conceived of in a number of ways. It marks one of the western canon’s first forays into the sonic and visual capacities of poetry. The publication-based works of Kruchenykh, Velimir Khlebnikhov, Vladimir Mayakovsky and others are beautifully rendered lithographs of hand-written, drawn and stamped books containing shapely poems, rousing even to non-Russian speakers (many of these are now available online through the generous efforts of the Getty Research Institute from their Tango With Cows exhibition). Then, there is the performative element of the works. Many of these poems were designed to be read aloud. Their written sense is debatable, but heard, they function almost musically—beyond sense. It was the intent of its proponents for Zaum to function as an organically-crafted poetic universal language. Indeed, it is these quixotic nods toward utopian metaphysics that make the work so alluring. This and their deft evasion of prescribed meaning.

The video and film works presented here each contain unique pathways to Zaum. Here are attempts at universal poetic languages, wading-pasts the realms of sense, attacks on and rejoicings of human voice, its processes and apparatus. Moments of participation are encouraged.

Why I Must Be Careful’s ecstatic compositions and performance have their base in poetic forms, rhythms and practice. Brandon Shimoda’s sparse, striking poetry’s strength through visual—almost physical—elements.

Followed in Portland by:
Why I Must Be Careful
Brandon Shimoda

and elsewhere by:
THE BODY ELECTRONIC / CONVERSATIONAL KARAOKE performance by Jesse Malmed